The other day the boyfriend was enjoying his daily coffee in the garden when he spotted this little fellow sat on the apple tree. Do you know what it is?

I’m sorry for the blur, this was as clear as I could get it!
Please do let me know if you can identify this little guy!
GG xx

Once upon a time this recipe was a diet recipe.

The Hairy Dieters Caribbean Chicken Curry is a low calorie delight. It has everything you want from a Caribbean curry. It’s bright, it’s spicy, it’s a tad sweet, it’s full of flavour and it’s delicious. This is one of our all time favourite meals, we love it! Chuck a double portioned pot on the stove and it freezes like a charm saving you time on your next busy day. I would defiantly recommend that you try this recipe! (P.s. We make this with sweet potato, pumpkin is too much of a faff!)

The Hairy Dieters Books have been a godsend in our household where good food and good health go hand in ha and. Every recipe we’ve made to date has been gorgeous and we love that we can still enjoy good tasty food whilst slimming.

This recipe for fried dumplings (Johnny cakes) on the other hand is less diet friendly, but the crispy, doughy, fried pillows of ‘oomph’ more than make up for any dietary shortcomings. When The Boyfriend and I are trying to slim down we don’t deny ourselves these beauties, but do stick to one each; and boy do we savour it!

In a food processor the dough is a doddle to make and they fry up with ease. My only tip would be to toss a pea sized piece of dough into the oil to test its hot enough. If it fizzes and turns brown in just under a minute, the oil is ready.

The recipe comes from the cook like a Jamaican blog, which I often turn to authentic recipes to remind me of the Jamaican family that once took me under their wing and taught me to love Jamaican food! 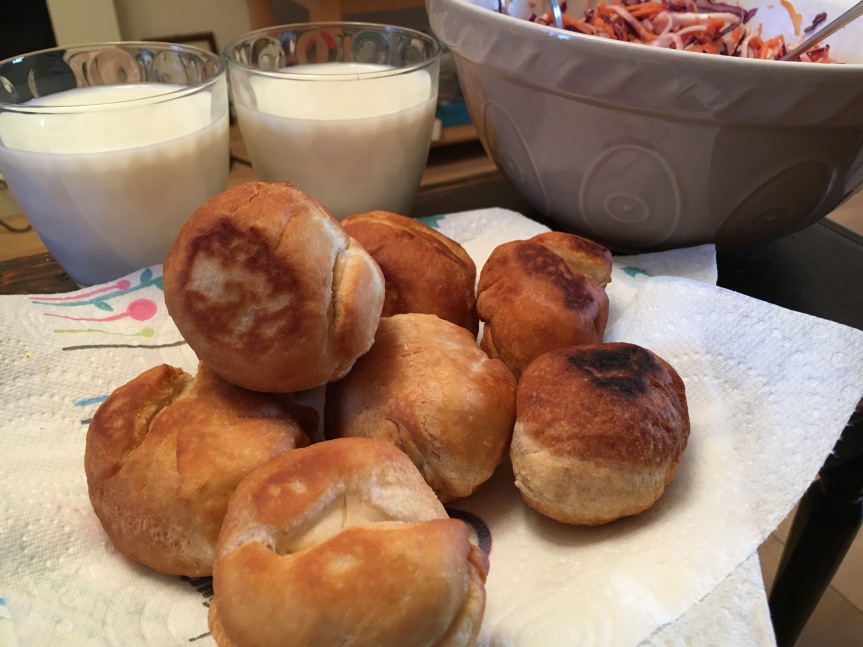 The meal is perfectly rounded out with this coleslaw. It’s not mayonaisy like some recipes, or sickly or overly vinegary. This recipe is bright, fresh and the perfect balance of sweet and sour. It marries up perfectly with this meal providing an important lick of cool freshness and crunch.

I’d urge you to try at least one of these recipes, they are all fantastic. But if you can make all three, defiantly do it. I’m drooling at the thought.
What’s your favourite Caribbean dish?

Nature is amazing. Raising seedlings has given me a new appreciation of each grown plant I see. I think “Wow, it overcame so much and became that.”

My awe greatend upon seeing this courgette seedling: 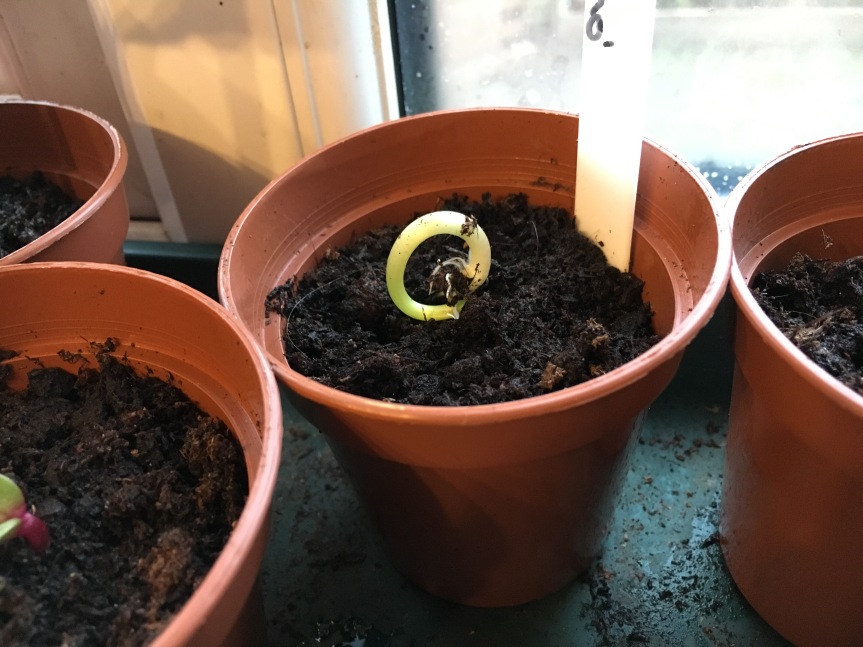 I’ve been watching it do cartwheels round itself for a week now and suspect it’s more than a little dizzy.
With plants like this, how does anything grow?
What’s the silliest plant you ever saw?
GG xx

Has anyone who has grown Mexican tree spinach noticed it sparkle under grow lights?
Here’s a picture of mine today. (Well spotted by the boyfriend) 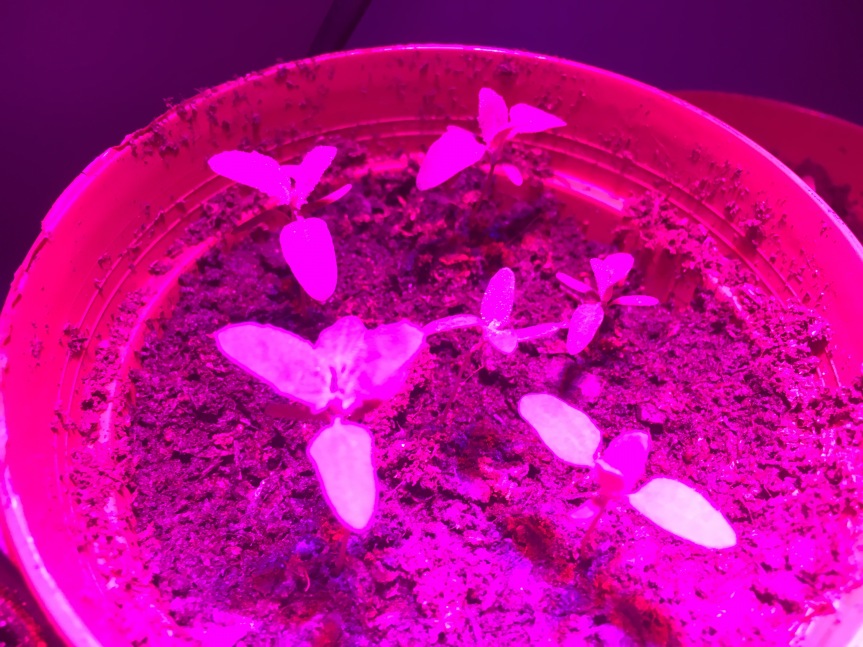 It doesn’t show particularly well but they sparkle delicately under the grow lamp.

Yes. You read that correctly. Yes this recipe is amazing. Yes, you should make it. Now.

This recipe is so simple and (surprisingly) uncomplicated to make that even in the midst of illness when I could barely keep my eyes open, let alone cook, I managed to make this dish and it truly was delicious! So delicious in fact that I took not a single picture!

This is my sort of a recipe; short ingredients list, quick no nonsense cooking style and a delicious outcome!

The pancakes are stupidly easy to make, and whilst I was doubtful about their cooking method they pulled apart beautifully. (I only put a hole in one!!)

The duck was divine. It was so juicy that I had to mop the floor when we’d finished eating; yet the skin was beautifully crisp due to the dual cooking method. I urge you to try this for Friday night!

Yes this is a bit more privy then some of my recipe Recomendations, however when compared to the cost and quality of takeaway I firmly feel it is well worth a few extra pennies (and morrisons currently have an offer on duck)!

Again I beg your forgiveness on the lack of pictures of Crispy Peking Duck with Pancakes.

It’s been another mad week at the fourth farthing, the pizza oven received its first firing for a guest (it passed with flying colours) and I invested in one and then two grow lights!
The grow lights are for my seedlings which were getting rather leggy on the windowsill – my peas eventually became so weak I had to scrap them 😦

For my remaining seedlings my new grow light(s) have been a saving grace. I purchased this LED light bulb with this lamp from Amazon.

For cheep lighting they’ve made all the difference. Each bulb will fit approximately 7 small 7cm pots under it or one standard sized module tray.

The growth of my plants has improved dramatically.

I pricked out the strongest looking of my remaining seedlings and potted them on, sinking their long leggy stalks further than normal into the soil to anchor them more securely in place so they weren’t floppy. I then watered each one from the tray at the base so the moisture would wick up to the roots rather than knocking the weak plants over by spray or sprinkler. All of these seedlings are thriving, they’ve become stockier and stronger and look much much healthier.

The Malabar Spinach is quite a beefy seedling as is, but it’s remained stocky rather than legging out.

The Mexican Tree Spinach is beginning to develop its magenta blush through seems naturally to be quite a spindly seedling, which surprised me given its reputation for being prolific. 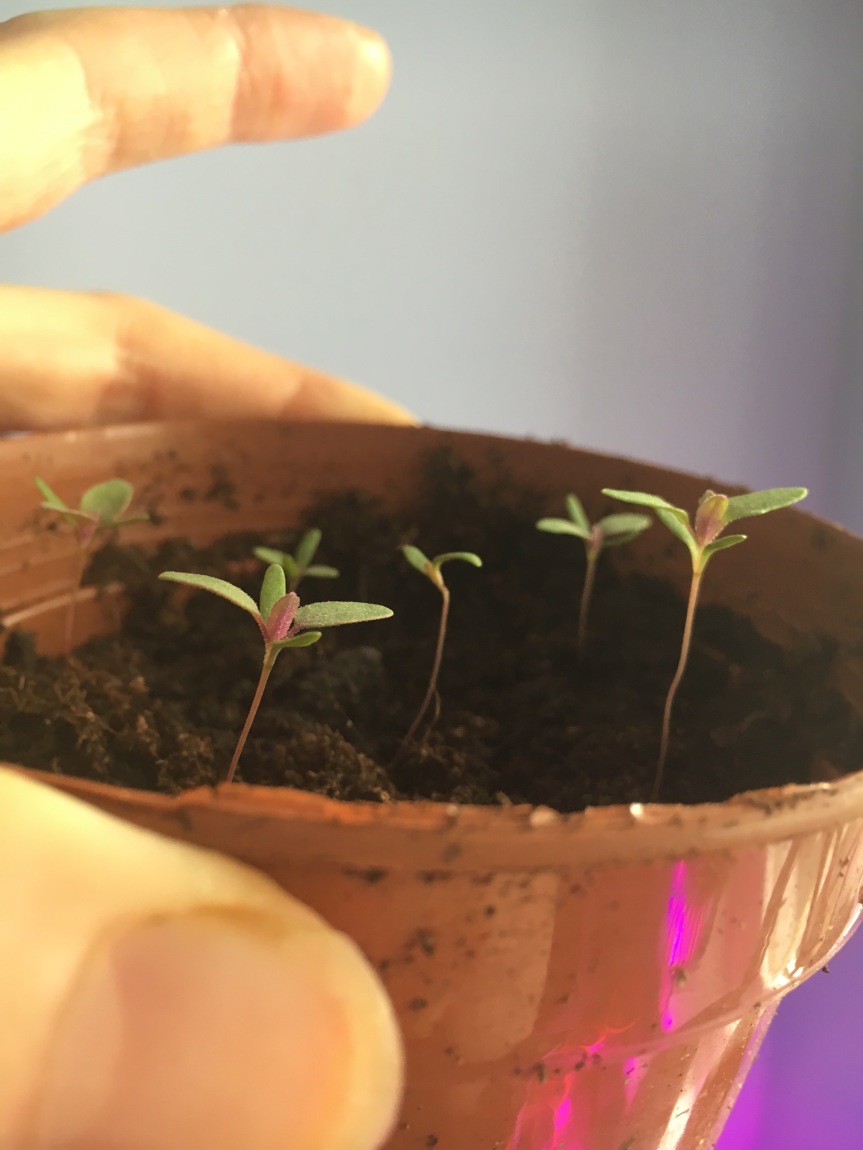 The Mitsuba has even developed its first true leafs!

The chilli pepper, which I am determined to get to fruit (I had no luck with chilli last year), has stayed mercifully stocky and strong.

Last night I bought my tomatoes, winter squash and summer squash out of the airing cupboard where they germinated in just two days! These are now under my second heat lamp,soon to be joined by some more peas. 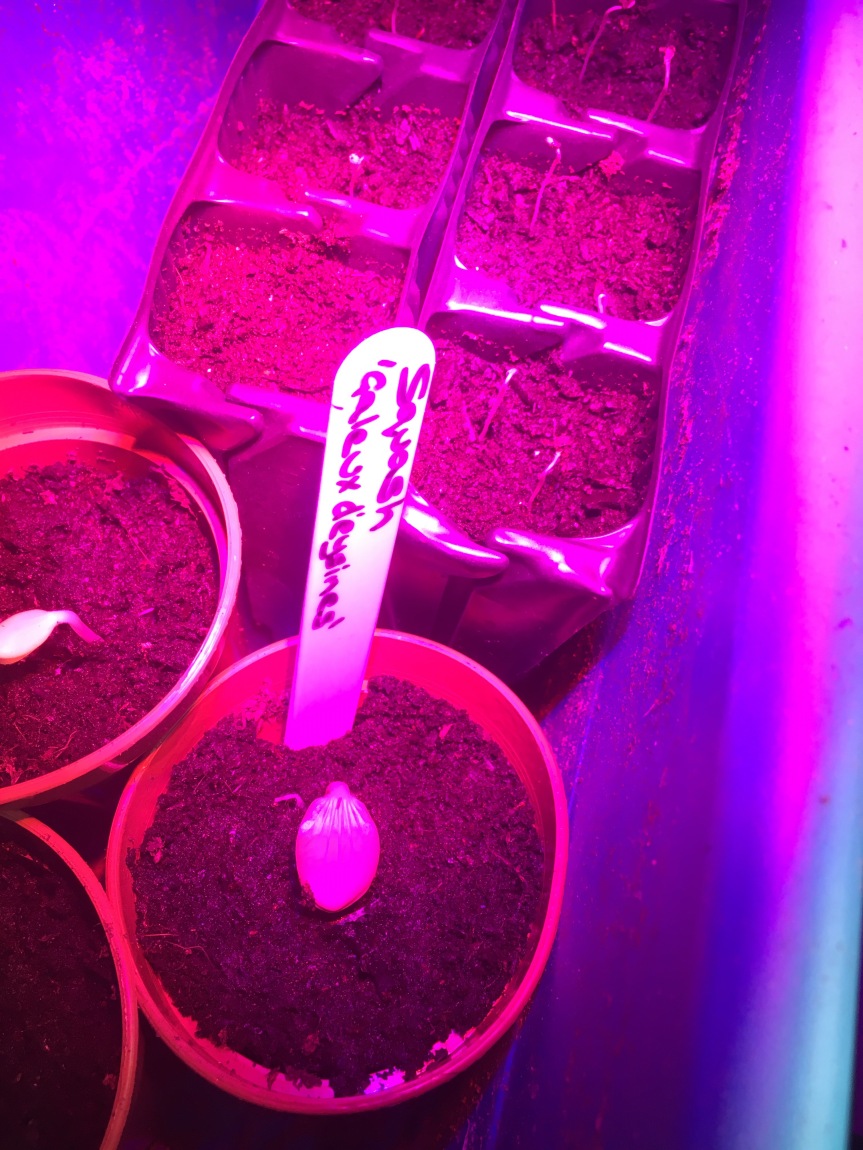 On a side note I cannot believe how difficult it is to find a legitimate source of information on grow lights! Only marijuana growers seem to care about discussing such things. I feel like a criminal just for growing some vegetables! (Not to mention the somewhat dodgy purple light that currently emanates from our windows). Oh well, let’s just hope that my allotment doesn’t get me arrested eh?
How are you helping your seedlings grow big and strong?
GG xx

Hello my lovelies! I sincerely hope that your part of the world is less soggy then mine at present. Seedlings are drowning in the garden as we speak and digging my allotment is like digging glue. Aaaaand I have a cold. I am not a happy camper.

On a more positive note I have ordered my allotment fencing (yay!), more on that soon.

In the meantime you simply MUST check out this recipe! It comes from the mystical Serious Eats Food Lab (a source of reference for me on a regular basis) and is The Boyfriends’ most coveted meal. I am off course talking about pizza.

This pizza base recipe is divine! Soft, fluffy, chewy and gorgeous. It can be aged for up to five days for maximum flavour, but I confess to often just shoving it in front of a radiator for an hour or so when short on time. It’s still delicious.


As you can see you don’t get as much colouration with a shorter rise time.
The ingredients list couldn’t be simpler and the short kneeding time makes this a definite win in my books!

Cheep, cheerful and full off flavour you simply must try this with your favourite toppings! (Homemade oven optional).

Let me know how you get on!
GG xx

If you’ve never grown spuds before, choosing which ones to buy can be daunting. You know how big your plot is and how many you can plant in it, any good gardening book will tell you that, but how do you know what quantity to order online when they’re sold by weight rather then quantity?

Being an avid cook myself I can generally eyeball X number of grams of po-tay-toes. But when it comes to the mysterious ‘seed’ potato, how many are there in a Kilogram? Does each variety differ? What if a full potato would tip the balance over 1kg; would I get half of one?

It’s a minefield out there people!

Thankfully you have moi, yours truly, asker of all those stupid questions you never dared to ask to take up this mash-mantle. I have taken it upon myself to grow not one but two varieties of spud this year and can tell you in good faith that a Kilogram of spuds looks simultaneously like this:

The answer is the exact number varies, but looks to be between 12 – 15 seed potatoes per Kilogram, depending on how large they are.

Are you growing potatoes this year?

Now I know that it looks like I’m only posting sweet recipes. I promise you I’m not. I posted a savoury one last week for honey buffalo chicken sliders from Recipe Tin Eats, one of my favourite blogs for savoury recipes. 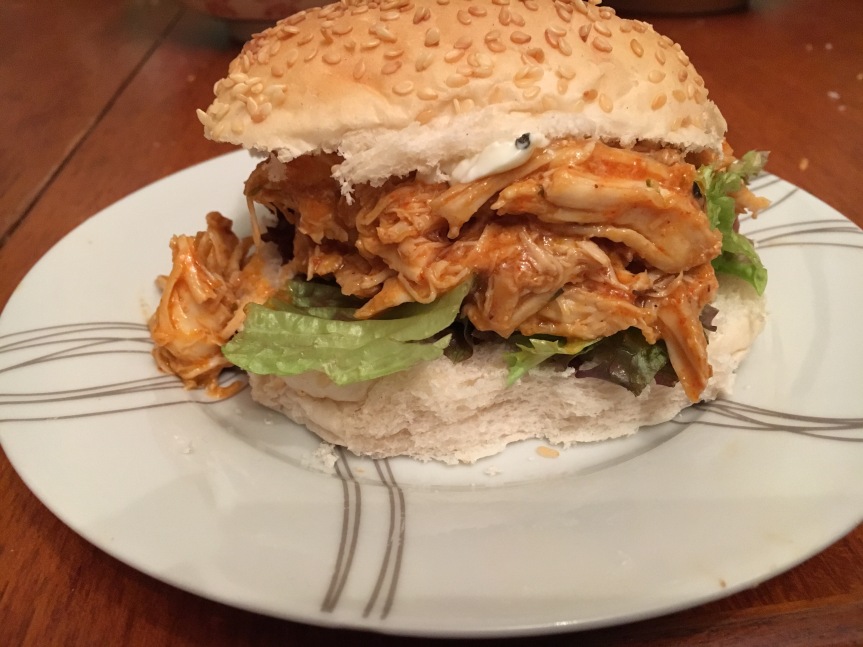 Unfortunatly that post has somehow fallen off the blog and vanished. Suffice it to say this is an excellent, easy, slow cooked recipe which was equally as good when stirred through pasta with a bit of Parmesan. Yum!
Anyway, today’s recipe recomendation is a whole lot more last minute. For when you just need a cookie. And oh boy are these cookies good. You can make them with ‘healthier’ ingredients or not; I’ve tried both versions (though used plain flour, not almond flour for both) and they were equally delicious.


When warm out of the oven these babies are gooey and crumbly and gorgeous. They are similarly wonderful when cold. Cafedelites has turned up trumps with this single serving recipe which is quick, easy, cheep and delicious. The Boyfriend and I made them two days in a row…

Note: do sprinkle the sea salt over the cookies at the end of cooking, it makes all the difference!

Really hard. Now hold it for 24 hours. It hurts, doesn’t it? That’s the pain I’m currently experiencing having been diagnosed with a somewhat unflattering ‘clenched bottom muscle’.

You couldn’t write it. Nor could you write the look on my doctors face when I asked her if I could still dig my allotment. “It’s time to plant my seeds you see”.

“So long as you don’t overdo it.” She replied.
I dug bed number 4 yesterday, and as the pain drifted down my leg and into my foot I contemplated the fact that this is probably what she meant when she said don’t overdo it….

Oh well, I’m too busy to work on it this week so hopefully my muscles will have calmed down by next weekend.
How do your gardens grow?
GG xx 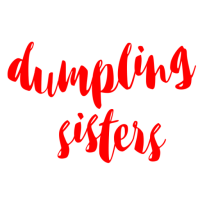 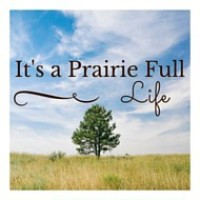 A daily selection of the best content published on WordPress, collected for you by humans who love to read.

“Everyone who is seriously involved in the pursuit of science becomes convinced that some spirit is manifest in the laws of the universe, one that is vastly superior to that of man.” - Albert Einstein

A girl and her garden :)

Cooking is my passion, and i have a huge number of recipes, that i want to share.

The musings of a nerdy girl finding joy in the little things.

It's A Prairie Full Life